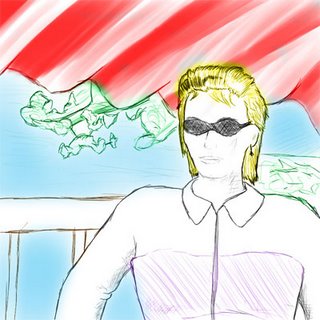 Good days and bad days. I got back on Saturday night and started coding, however my brain was slush and my fingers slow. I managed to code the transversal but then I realized I needed to code a new camera class based on Quaterions. So once again me and arch-nemesis engaged in a battle of brains. I lost. I understand the concept of Quaterions but short of copying code I don't understand (a practice I refuse to do) I just cant seem to implement them correctly. Also when your fighting with a concept you often make slow progress in other areas because you brain is slugged. So in the end I have a two camera classes a fully functional vector camera and a slightly bugged Quaterion class.

What Got Done This Weekend

What needs to Get Done next

Forgot my bus pass on the buss this morning, left behind my packed lunch. Barely have enough for the fare back home tonight (without anything left to buy lunch). Tired and strung out I just hobbled on the phone to listen to people whine about ipods. Arrgh, its not a bad product but you put it in the hands of a spoiled 15 year old WHAT DO YOU EXPECT TO HAPPEN!!!