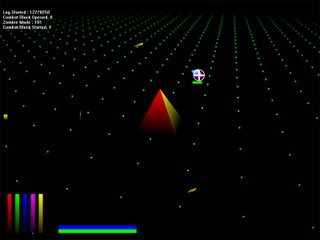 Okay its not completed what has been done is I have succesfully completed the combat class and one ice class. I still need to toss in the graphic effects (though the groundwork is down) and I need to flesh out more ICE systems (but one is fully functional). What this means is I can move on to coding the System Map portion of the game, along with the rest of the game and then come back to the combat node when the entire game skeleton is laid out all neatly.

So what did I actually accomplish

So I'm going to put my Matrix prototypes to play (both pencil and demos), and make some serious design decisions about the matrix display. I'm confident of the mechanics I just need to clarify the visual representation before I move onwards.