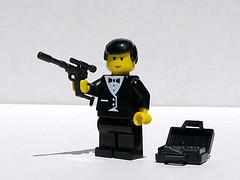 I'm loving Starcraft 2 at the moment, and it got me thinking about my love of imperfect information in games design. I strongly recommend A Game of Thrones (board game) and Frozen Synapse, which also introduce blind simultaneous action which make it even more interesting.

So in a game with Perfect Information such as Chess, you know all information about the current state. Rock-Paper-Scissors is the simplest example of blind action. It's such a stupidly simple game but with practice and knowledge of your opponent you can increase you win chances. Balancing intelligence gathering and predicting other players actions are such deep interactions.

This is also what makes Poker so exciting is the reading of the little tells, something which is only possible face to face. So the meta game becomes part of the game which is so interesting. I notice this more and more watching high level Starcraft games. What I like even more is the option to use in game resources to gather information.

That balance between a blind massive push and a much small precision strike is so invaluable. It's what makes war such an interesting study.

The thing which makes games dull is when they become solvable. Introducing randomness makes the task more difficult by introducing probabilities but chance can counter skill leading to a less interesting game, in some cases. Imperfect information is a much harder solution space to map, and once the meta game interacts we go onto a whole new plane of interactions.

Currently I'm working on my Data Driven Dialogue system which at present is a perfect information system. Though there are planned and roughly sketched modules for dissemination, deception and mutation which I'm squeeing with joy about whenever I run them through my head. It's doubtful that those modules will be done by the end of the month but I plan to make them core components of a game I'm planning.

So next time your playing an imperfect information game, especially with people you know well. Stop and think how much information gathering your doing in-game and how much is on a meta level based on your opponent's psyche.