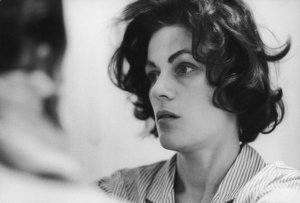 As game designers we are often playing with human psychology and tapping into the various triggers and ticks of human behaviour; our reasons are varied. Some of us want to give the player a roller coaster ride, to make them feel, to make them pay, to get our message burned across the heart but almost all of us want them to keep on playing.

Progression, like most drugs, feels really good. It fuels us in a way few other things do. Like a strong sauce or sugar we can use these drugs to hide our less than adequate game design. The game lacks a sense of flow? Make the explosions get bigger and the monsters change colour.

If the moment to moment play isn't satisfying then often we hide it in the guise of grinding or progression. Playing pointless mini-games, or fighting the same old bosses for the sake of progression. If the only reason your player is doing something is so they can unlock something else, then you have failed.

For the discussion I want to separate play into two distinct areas: fixed narrative and free play. The line can be blurred but I will give the definition that a fixed narrative is a authored narrative experience short enough that most players will experience the ending. Two good examples of this are Gone Home and the Call of Duty Campaign.

Pacing, escalation and moments of spectacle are critical limited tools applied with editorial precision to give structure and climax to the authored story. Medical Steroids have a valid use, but it is always short term boost, in a controlled setting and the same is true of progression. In this setting progression is used with a focused purpose and limited span. We do not want to lock the player into a cycle of drug use but instead fuel their single session.

Every challenge should be skippable upon failure, see GTA V as a great example. If the only valid action upon failure is to revert to an earlier portion of the narrative or freeze the narrative then you are only frustrating the player. You are delivering a narrative and you want them to see the ending.

Chess, Spelunky, Starcraft Multiplayer are some great pure examples of freeplay. Every session starts on a level footing, with as a self contained game loop with no acknowledgement of previous time spent playing. Within a single session of play, always complete in one sitting, there is escalation and progression. It is self contained and fuelled by the game loop. Nothing is a grind or progression fueled.

The Many Excuses of an Addict

We want the player to see the content they paid for

Great! If you are a story based game then give them the option to skip, after failure. If you're a skill based game then your core mechanics and gameplay loop should be exposed from the start with no artificial gating of content. You’re either selling a strong game loop or content, decide which is your focus.

"We need to teach the player"

Narrative games require only basic instruction and guidance. For challenge driven games teaching can be done in a separate mode which can be skipped or is outside the core experience. Go players are taught the game on a smaller board, with all the same rules. Starcraft has a series of training challenges to teach the core skills required in multiplayer.

"We want to acknowledge the players efforts"

This is probably the most dangerous and hardest to invalidate excuse. If you reward effort rather than success you are training people NOT to succeed. Worse you are crippling them for the real challenges life will throw at them. Games are as much about enriching the participants as entertaining them. This behaviour leads to stunted individuals who will retreat from reality into endless nights in a fantasy world that is easy, one core facet of MMO addiction.

Stop setting unrealistic goals for the player. Acknowledge the things they DO achieve. The level they did reach, the score they did get, the faster time or other skill based challenge.

I wanted to give this to Starcraft but the laddering aspect gives it a slight taint. Spelunky is pure self contained joy. Unlike a narrative game it does not expect most players to see the end. In fact I would not be surprised if the bulk of the players only glimpsed the second zone, the jungle. It provides an interesting but self-contained escalation of threat both in zone progress and mechanics such as ghost arrival or shop keeper agro. While most sessions are under 5 minutes, a full clear can be about 30 minutes, but doable in under 5 minutes.

Spelunky is a game of challenge with every new play being a fresh but familiar challenge. Experienced players are as familiar with the level generator as the monster patterns. The skill level is immensely deep, after many hours on PC & XBLA I still have not defeated the end boss, let alone the secret hell boss. It is an almost daily ritual for me to log in and do the daily challenge.

I examined the pattern wondering if I was addicted, stopped for a few days and felt no yearning to play. Much like a morning run it had become part of routine which I immensely enjoy, provided mental workout and healthy outlet. After many thousand deaths it still treats me the same as my first attempt, harsh but fair.

The trigger for this article. I highly recommend you play this frankly amazing game which I can highly recommend. Though after 80+ hours I realised I hated the game, I instantly recognised the symptoms of drug addiction.

I hesitate to write this, because this is an excellent game and the worst drug addicts are AAA studios. I strongly suggest you buy this classic and support this independent developer, but it is a perfect case study having both a drug free and addicted version and is the trigger for this article.

The original desktop dungeons was a freeware game in which each session was a self contained loop. The only hint of progression being the unlocking of more options and play styles. A single session being under 15 minutes typically.

QCF did a wonderful revamp, reskin and general polish of their gem adding a central town, campaign, progression and frankly a drug habit. Now I hasten to add that there is a hat tip to the original in the form of Random Adventures. Though after 80+ hours quests are still dangled in front of me in further ridiculously overpowered dungeon runs with an escalation in monsters, items and complexity.

With no end in sight I've now put this game on my no play list. Despite playing the original for much longer because I recognise the unhealthy aspects of the new version.

Possible one of the strongest influences on modern gaming DnD has long been a dealer of loot, xp and levels. I've ran many a campaign, written self contained convention modules and run many flavours and cousins to the old dragon. A conclusion I reached long ago with many others is that levelling is broken.

GMs will disagree about the sweet spot for characters but most agree somewhere between 5-10 level. Low level characters are underpowered and high level characters are difficulty to contain. The systems and world just cannot contain both extremes sensibly and acknowledge progression at the rate players’ addictions demand it.

The true power of DnD and roleplaying when you speak to long time players though is that one EPIC moment or that amazing story where the game expressed either a true test of skill or a brilliant contained narrative. Both of these are expressed now at conventions as self contained modules which are played in a ~4hr session with no acknowledgement of previous play often with pre-constructed characters or ones generated on a fixed point system, providing either a test of combat skill or a fixed narrative which plays on character and story.

I highly encourage game designers to take a long look at Convention Modules and the design issues they have fixed in the old crack addict that is roleplaying.

Tony Hawk Pro Skater series has some fabulous gameplay which feels great and can have an amazing flow. The balance and longevity of this game is broken by the skater progression mechanic. An entry level skater is woefully underpowered, while a maxed out skater is overpowered negating challenge and breaking the flow. This mechanic is in place so the player regardless of skill will eventually see every level and beat most challenges.

This breaks the level design in many ways and removes what could be a deep skill progression with a highly competitive leaderboard, into something rather absurd with a very thin slice of competition the top 1% of the leaderboard. Think instead how powerful the game could be if there was no progression and every part of the level was balanced for a narrow band of values with skaters providing variety.

I briefly want to mention the biggest progression addicts in the form of long style roleplaying games and MMOs. They are complicated by the online element and massive scale. This is potentially another article entirely to write. I acknowledge they do not fit well into the current discussion, but I would point to some of the elements discussed in regards to Dungeons and Dragons.

The Exception to the Rule: XCom

These discussion are complex and to acknowledge this I want to talk about one game which seems like an exception Xcom: Enemy Unknown by Firaxis, though most of this logic is valid for the original classic.

The last two points are the most critical, and what separates them from a fixed narrative or a game of addiction. The core systems are in play from the start, and the permadeath and consequence make each action significant. This game blends a fixed narrative into its contained loop but I would argue for most players it is a closed loop of free play.

Stop using progression and escalation as a crutch and instead use it as the limited resource it is with respect towards your player. Everything discussed here is guideline, obviously things are complex and multifaceted and I welcome discussion in the comments.