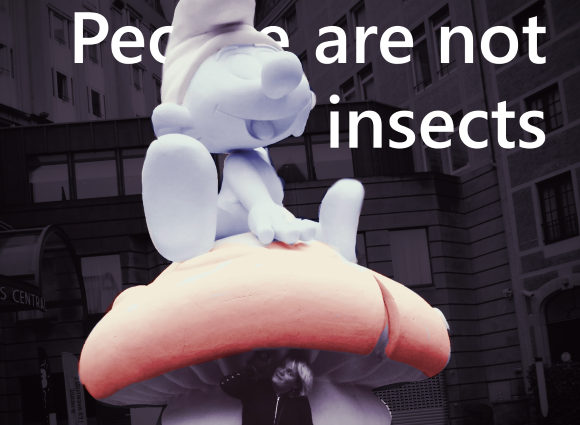 It’s not a problem often talked about, but most the world is run by the extroverts. People skills and enjoying people is a potent aide. Like any skill it can be learnt and trained but people have different desires and some find it a real chore, others a pleasure.

The tech world is not like this. Technical aptitude is in no way linked to being an introvert but being an introvert means you spent more time in the library or the computer lab. By no means are the “unpopular” kids smarter but their isolation often led to more study time and at least the appearance of academic skill. The environment of the Apple II and 90s developer land I grew up in. Favouring people who could sit in a room by themselves with only a machine tinkering away, without encouragement or understanding.

No-one is an island, we all need people but to greater and lesser extents.

In the early developer world these uber geeks dominated our industry. Rose to greatness, some raised high enough that when the studio wave engulfed our industry they had enough technical acumen accrued that they were safe from the wave. They have largely ruled as kings from a distance, and set the standard tone for tech and engine teams. The environment that prided technical ability and sacrificed people skills, creating the tech world we now live in.

Though as I said largely the world is ruled by extroverts. The current studio system outside of “deep tech” highly favour a centre ground, people who can mix with team then disappear into their work for a day. This has suited me extremely well and I’ve done well in the studio environment. I now find myself in a very technical team. Adapting to not really having a team, but working with lots of people. It can be both exhausting and extremely lonely, stretching my people skills to the limit without a team or regular crew to bounce off.

The bipolar nature of the role has got me to thinking about the lack of empathy in our industry in many places. The rise of the indies in the various hubs and locations with the support networks and the dynamics of various groups I’ve interacted with. The importance of building your support network and as my one friend says counting your spoons.

Examine your self, needs, and environment.

Understand the people you work with and try being compassionate to their needs, while communicating your own. Though I caution against the imbalance of the extroverted world, one only needs to see the bullshitters of the valley and start-up culture to know where that leads. My greatest fear, reinforced often by some encounters I have, is that I have no real technical ability and I’m just another bullshitter with a gob.