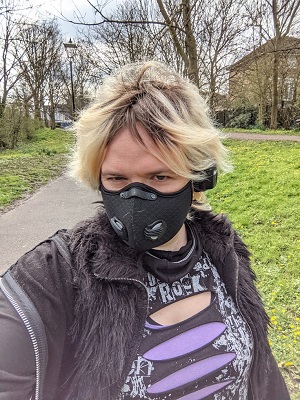 I'm now officially protected against Covid, or rather in two to three weeks, have a pretty good immune response, with a second jab bringing me up to the high 90s. That is because I went I got my first jab thanks to the NHS deeming me a high risk younger person. No idea what put me in that risk group, potentially my weight which hasn't been great. I thought it might be helpful to note some thoughts down on the experience to show people its all good and as a record for myself.

I got the first text on 6th March 2021 3:51pm stating I had been placed in group 6, 16-65 with underlying health conditions, and I could use the unique link in the message to book my jab. Going onto the website a few hours later because I missed the text, all the spots were taken, but I was told to try again later. The following day I was gaming until 1am, thanks Valheim, and I thought I would try before I retired. Sure enough, there was now a broad selection of slots starting Monday the following week.

No way was I going to do Monday, nor was I going to do anything before 11 in case I slept in. Not to mention a desire to avoid the London rush. So 11:15 on Tuesday it was. A quick form later, I got a text confirmation. It was great, and my vaccine centre was just up the road, maybe 30 minute walk. I should add that I also got a reminder text the day before to make sure I didn't miss the appointment.

I was giddy and excited, it has been a long year, and really, this is the actual end of things or rather the beginning of the end. My mum and a few friends had received the jab but most people I know are without, so I knew I was lucky to get in relatively early. It is with this giddy excitement that I turned on the news beforehand to hear about Germany stopping the Oxford jab out of concerns about rare brain blood clots. I cannot express how nervous this made me, someone with high confidence in the science and excitement to get the jab the next day. I honestly think they acted irresponsibly. There was an established method of evaluation within the framework of the EU, and they broke it. Personally, and on reflection, I think this was a political move. I swallowed my fears and headed off for the jab, and I'm glad I did though I can say quite loudly atm Fuck Germany.

Heading off to the clinic, I double-masked, thinking that it was a high chance of infection going to a medical place, even if they do say don't go if you feel ill. It was a pleasant walk, but I haven't been exercising enough, and I felt that for sure. On arrival, I'm giving a small question sheet and a medicine sheet with all the usual details: allergy questions, blood thinning questions and the usual stuff. After a short wait, the Doctor saw me. She was lovely and kind. Advised me I might feel a bit poorly and just to take some paracetamol if I do. Jab got I walked home singing and dancing with an enormous feeling of progress. It was lovely.

Mostly I felt okay until after a gaming session that night with friends, the fever hit. I went to bed with all the symptoms of a cold/flu kinda thing. The next morning I felt terrible but manageable. Some paracetamol and a bunch of couch rest, something I always hate and suck at, and then by the time I woke up this morning, it was all gone. I feel fine, and in two to three weeks, I will have a pretty solid immune response, just in time for stuff to open up a little more and for me to have some stronger confidence in my future.

The NHS is truly a wonderful thing that has done so much for me, my family and my community. I can safely say I would not be alive today without it. ♥ NHS ♥