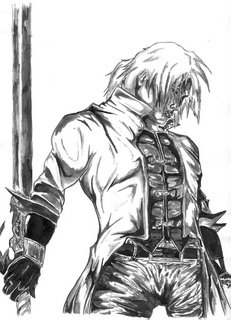 No this is not a second code post. The code is going slow. I wanted to talk about ICE. Intruder Counter-Measure Electronics. The term was first popularized by William Gibson in his novel Neuromancer in the 80s. Its a nifty catch call term for specially designed systems to counter intrusive users. The reason why the term electronics was used is cause back in the day most security systems where separate pieces of hardware. A firewall used to be only available as a big box of doom you interface into. Some of the new systems still use it.

On aside Gibson is the major source of inspiration for Channels of Power, the world I created. Gibson is one of the founding fathers of the genre and his description of a matrix (math not the movie) of systems visualized in towering low poly VR and abstraction systems is one that is still used in entertainment and speculative design, and theoretical papers.

Anyway what I wanted to talk about was abstraction. The idea is the more foreign the system the more secure. This is largely true any whose been involved in invasion or even traveled the world. The less you know about the place the harder it is to lie, steal and cheat. Its the one place where non-standardized architecture is a GOOD thing.

To this end I have decided that the physical reps of the ICE should hold preeeeeety graphics but provide very little as far as visual cue. Your own HUD system will do that for you. The other design choice is to make all ICE coding black box in design giving the ICE free and full reign of the combat environment throwing away normal OO principles.

My vast chomping of chocolate babies now ends and I start my diet today. What were you expecting a joke? Not some obscure tongue in cheek reference to me losing weight and tying myself into a corset. Smile its not all bad.