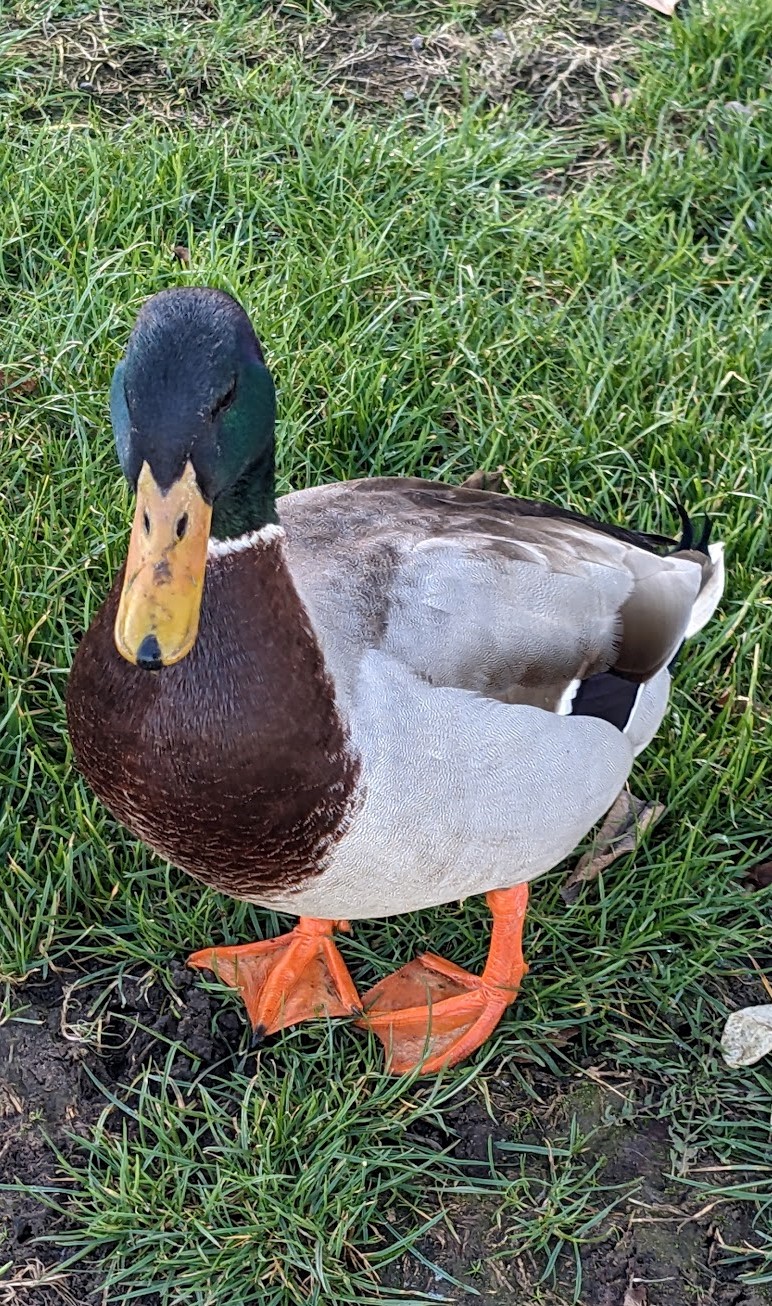 Are you ready for an adventure? Last week, I returned to the world of roleplaying for the first time in years. I journeyed to Con-tingency, an epic event held at Searles Leisure Resort in Hunstanton from 18th to 22nd January 2023. With three slots of four hours each, I delved into a diverse variety of roleplaying games, board games, and all-around fun. This event is the spiritual successor to Conception, an event that holds a special place in my heart. As an experienced roleplayer, with nearly 30 years of experience and a history of writing and running convention modules for over 20 years, it was strange to have not attended a con in so long. But Con-tingency presented the perfect opportunity for me to see the changes in the hobby without the gradual shift of seasons. Are you curious what has changed? Join me as I explore the world of roleplaying at Con-tingency.

Headline is Con-tingency provides a faithful successor to Conception.
I want to focus on the games and talk about game design more than the event.

Glancing around the hall and talking to people, the big change was obvious. The hobby has exploded and demographics changed but the con hasn’t yet. The attendees used to represent the hobby but now they skew older and less diverse, as the hobby has exploded. The last time Conception ran was before 5th edition, I was streaming on Twitch but Critical Role had not started and table play was mostly in podcasting format and very niche. The dominant media being story recaps, Wizards had shot themselves in the foot with 4th edition and Pathfinder was enjoying a huge rise in popularity. World of Warcraft was still dominant and Minecraft had just started blowing up.

Con-tingency offered a diverse range of games, moving away from traditional staples such as Dungeons and Dragons and Pathfinder. The event showcased new and innovative games, providing a glimpse into future years. The demographic of attendees may be older but the gaming trends on display were varied and exciting. 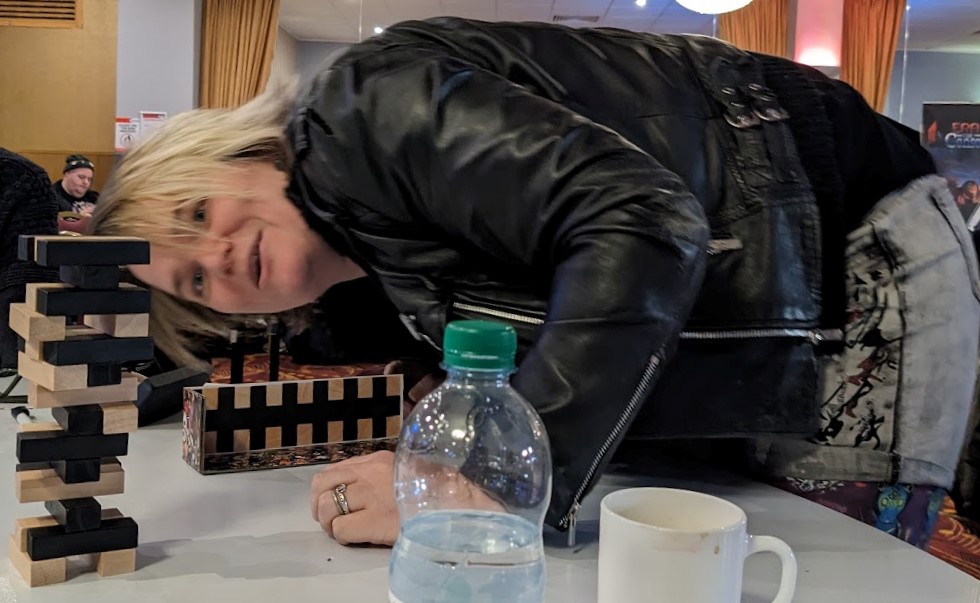 Kickstarter games like Rest in Pieces, which combines story generation with a custom Jenga set, are introducing new and unique elements to the hobby. Beautifully made and presented, the game offers a mix of storytelling and skill-based gameplay. While I have some issues using Jenga as skilled players can dominate play. I play Jenga like I manage my mental health, a disastrous expert on the brink of collapse masterfully delaying burnout. The game is novel and engaging enough to be a worthwhile experience, and it is an example of the kind of innovative games that are now available in the hobby.

Goblin-themed games, like the ones I played and ran, have had a good run, much like bacon culture. They've been popular for a while, but it seems that their popularity may be on the decline. While they can still be fun and enjoyable, it may be time for the genre to evolve and explore new themes. I added a doodle mechanic to mine I quite enjoyed. The game I played had some innovative features, like novel name generation and skill stack popping, but it may be worth considering new ways to approach the goblin genre in order to keep it fresh and exciting. That being said, like bacon, going goblin mode will always be a tasty treat, and fun was had by all.

When it comes to roleplaying games, pacing, relationships, and character development are crucial elements that can make or break the experience. As someone who grew up in the South African con scene, which had a strong emphasis on writing, I may be biassed towards the importance of well-written characters that players can connect with and how it can impact the pacing and relationships in the game. When it comes to character generation, it should be fast-paced, engaging and lightweight to keep the game moving. While it may be challenging, creating well-developed characters and relationships is crucial to enhance the player's experience. So, when running a game, especially within a four-hour slot, take the time to consider whether player-generated characters or pre-written characters are more suitable. Four hours is a short slot, don’t make it shorter with character generation.

After years of not writing new modules, I was excited to try my hand at creating a 17th century Call of Cthulhu horror game, inspired by the start of the Baroque Cycle by Neal Stephenson. The game followed artists who retreated to the countryside to escape the plague, only to encounter occult occurrences. I was shocked to see the 7th edition Call of Cthulhu has made the biggest changes to my beloved horror system in years. I am assured they are good changes so I need to sit down and upgrade my old modules. Despite some challenges during playtesting and difficulty in refining the concept, players had fun with the game. However, I ultimately decided to shelve it and move on to new projects. The core characters and theme were not well suited to module occult play. Despite this, it was encouraging to see that the classic horror genre remains popular and largely unchanged.

I had the pleasure of playing my friend's latest creation, a gm-less murder mystery card game called "Getting Away with Murder." The game is inspired by the beloved roleplaying game Fiasco and features strong writing on the cards to generate an engaging story. As a friend of the creator, it can be difficult to provide an unbiased review, but I can confidently recommend it to fans of story games, improv, and Fiasco. The card mechanics in this game are incredibly strong and I believe we will be seeing more of this style of game in the future. If you're looking for a new and exciting way to play Fiasco or story games, be sure to check out https://gawm.link/ - I promise you won't be disappointed. 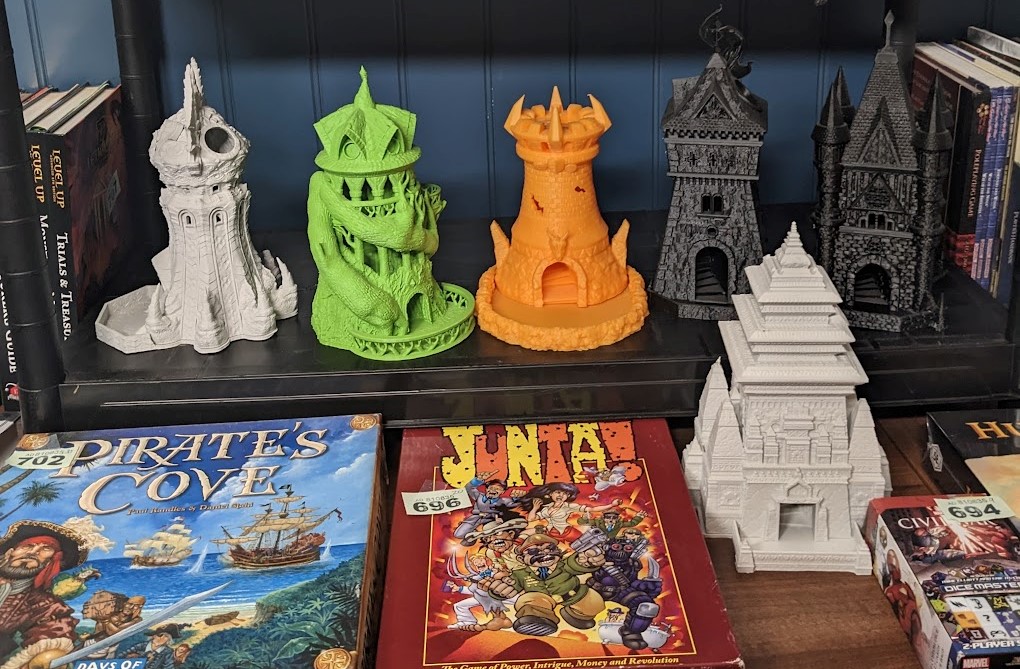 As we bid farewell to Con-tingency, I can't help but reflect on the exciting new trends in the roleplaying game hobby. Diceless systems, such as card-based mechanics and Jenga, offer a refreshing change of pace from the traditional use of dice. While we dice goblins will always have a fondness for the unpredictability and tactile nature of dice, it's important to explore new ways of generating random outcomes in our games. I am eager to see more diversity in the hobby, not just for the sake of change, but for the benefit of new players. With new inspiration and renewed passion, I can't wait to return to the convention circuit, crafting new modules, and experiencing the thrill of the roll. I leave Con-tingency with a smile and the excitement of what's to come.