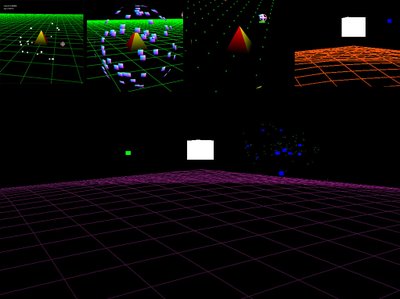 Okay so I knuckled down and played the demo a bunch of times. Focusing once again on the combat. I kept forcing myself to envision this or that but in the end it just didn't feel "fun". The Instant Manipulation thing makes sense but feels light and tacky. The game needed weight. So I've gone a step backwards looked at the system. Ripped the engine (combat block) to pieces and looked at stripped parts on the floor

I thought let me play Shadowrun, let me read some Gibson, let me get back to my roots. Get back to the fun. After much throwing of toys and thinking this and that I decided to revert to the system I sideboarded during design which ways a weapons tray. In other words specific weapons with different function and form. Black helped me out here cause playing it lately made me remember how much fun shooting stuff can be.

So in one step I simplified and complicated the system immensely. What this meant however was a complete reworking of the Gameblock. Which thankfully only took one night. Another blessing of modulated code.

I also reverted to the matrix grid. Again going back to roots, I feel that the dots where just a place holder, but they needed to be gone. The Collision system defaults to bounding box but the object can specify a custom collision check if it requires.

Whats next? Well I'll write up on the Xmen movie, it deserves a good rant, and code wise I think I will be coding the first proper ICE.